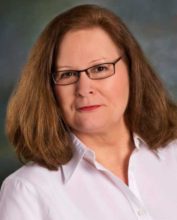 During her tenure, Dianna played a pivotal role in the development of accomplished, dexterous leaders within the company and establishment of sustainable operational processes which have led to Sellmark’s continued growth. The company’s focus on the creation of a new, unmatched model for operational efficiency, coupled with a deserved reputation for innovation and perspicacious to-market strategy consistently delivers top- and bottom-line growth outpacing competitors.

Dianna’s departure comes at a time of exceptional growth for the company, now led by President and Founder James Sellers and his advisory Board of Directors. “Dianna and I both have a passion for and belief in this company,” Mr. Sellers remarked, “Her record of operational excellence, professionalism and hard work leaves a rooted culture of diligence and call to similar greatness for each and every employee here at Sellmark.”

On departure, Dianna shared her sentiment on the company’s strength, “I have thoroughly enjoyed my time at Sellmark. I leave the company in great hands and look forward to its continued success.” The employees of Sellmark Corporation gratefully thank Dianna for her successful leadership. The company will remain focused on customers; looking forward to realizing its brands’ full potential and continued innovation.